What's in a name?

I'm still on my summer break in the country and so can't access the help of my 'social media expert friend'. So this is the first blog I am attempting on my own. I've been putting it off but now that it's three weeks since my last blog I thought I should try.

In a previous blog I mentioned how hard it is for me to find names for the fictional nasty and nice characters in my fantasy books for children. I can spend hours - even weeks - trying to get the right one which reflects the character.

In my story about ‘The Tenth Gateway’, the main characters who play the magic game are three children – Sophie Jones, Aisha Serez and Jun Wu. Their names were inspired by members of my extended family from British, Turkish and Chinese backgrounds.

Malefic – the name of the evil magician in the book is derived from the Latin maleficus, meaning wicked or vicious.

Eda – the name of the good magician is derived from Nordic mythology and means guardian of time and wealth. I thought this was an appropriate name as time has no meaning in the enchanted world of ‘The Tenth Gateway’ which she created.

In my second book ‘The Spy’s Door’, the spy is called Perscrutor. This one took me ages but it’s Latin for ‘search high and low; investigate carefully’ It’s what a spy has to do, so that was my final choice.

I also added a fictional annoying cousin of Sophie’s. Basil just sprang to mind. I actually don’t know anyone called Basil. He is entirely fictional.

Other names I selected are derived from Latin, Celtic, Anglo Saxon and Old German names from the middle ages. For nasty characters I try to think of something unpleasant; for example, Grot - the horrible goblin in ‘The Tenth Gateway’ and The Snout – the ugly goblin jailer in ‘The Spy’s Door’.

When all the good names seem to already be taken (such as in the fairy story about Rumpelstiltskin) and after checking out if any of the ones I think of have been used in films, books, games etc I just make them up. Some examples:

Weezle and Slithe – two nasty goblins in The Tenth Gateway

Gwulfud – a nice gnome in The Spy’s Door

Rotz – a guard from Malefic’s fortress


I’m now writing the third book in my planned trilogy. Finding names remains a struggle. The old fairy stories have good names such as such as The Pied Piper, Snow White, Sleeping Beauty and Puss in Boots.

In ‘The Spy’s Door’, the children meet up with Captain Erluc, one of Malefic’s six horrible goblin army captains.  I’ll let you guess how I came up with his name. What do you think? 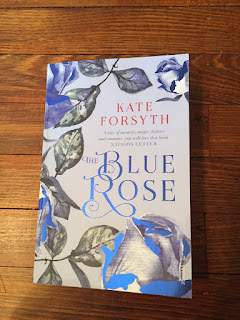